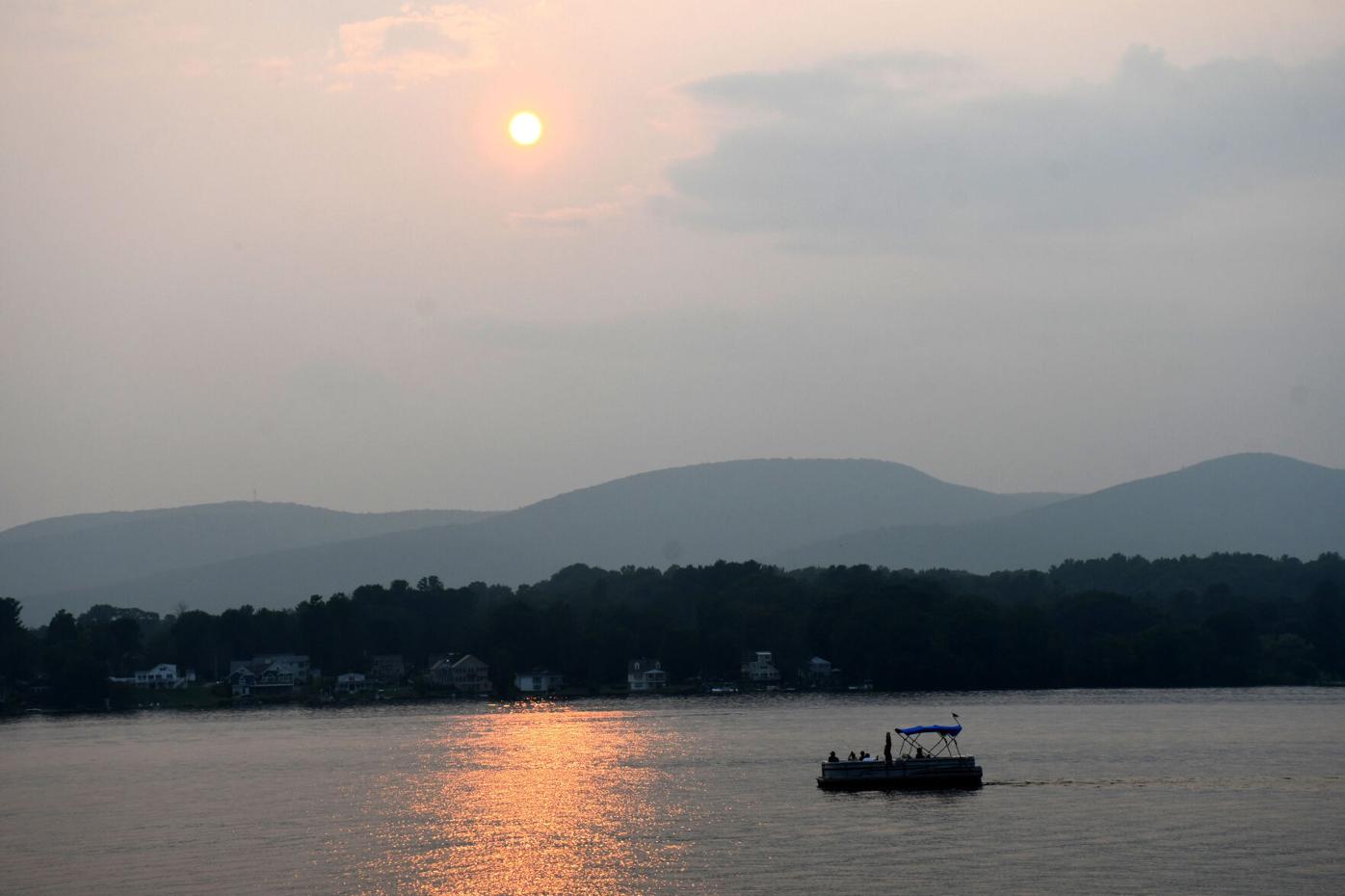 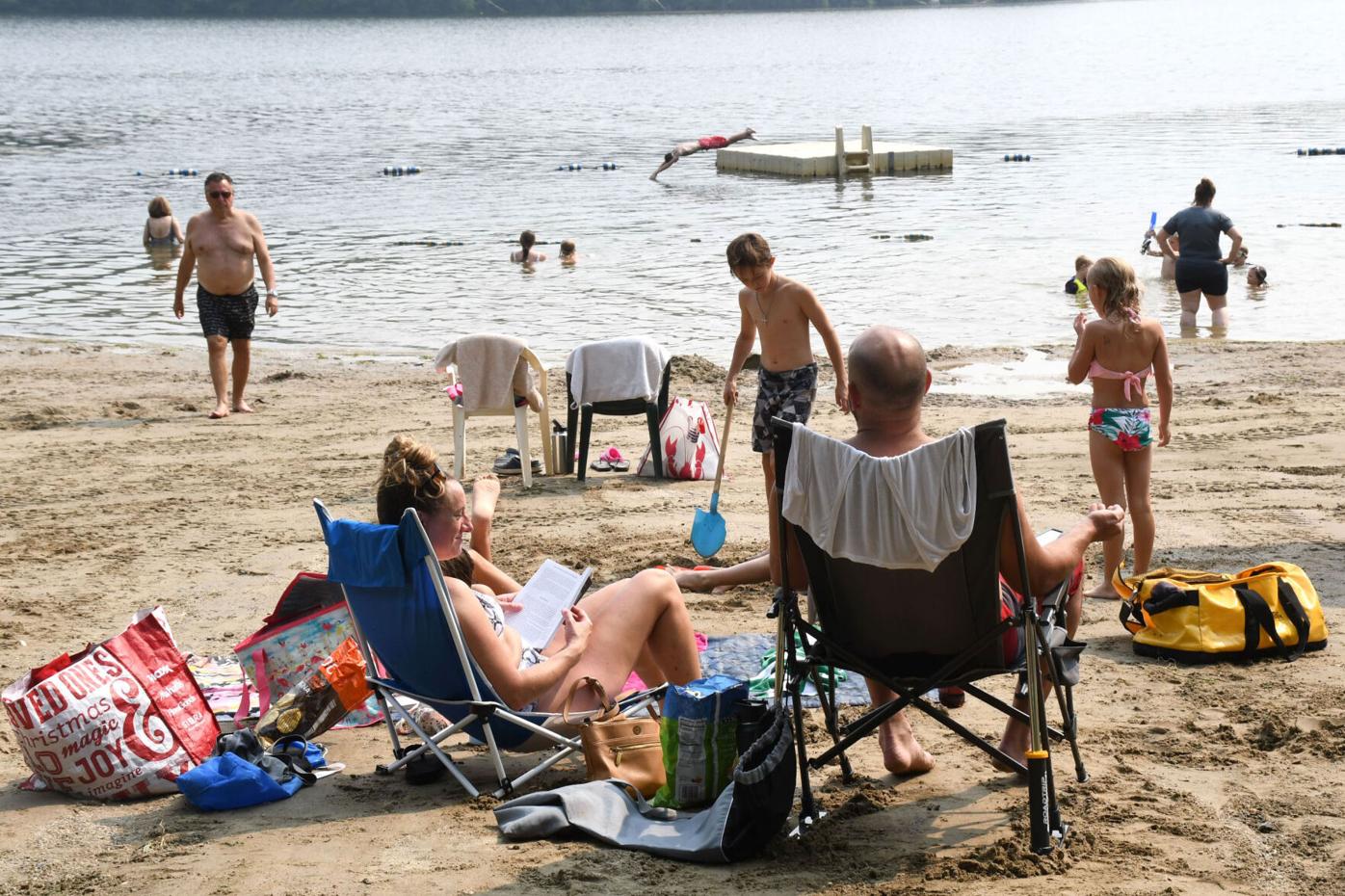 People enjoy the water of Laurel Lake at the Lenox Town Beach on Tuesday. The beach is open daily from 8 a.m. to 8 p.m. until Labor Day weekend. Lifeguards are on duty from 10 a.m. to 8 p.m. 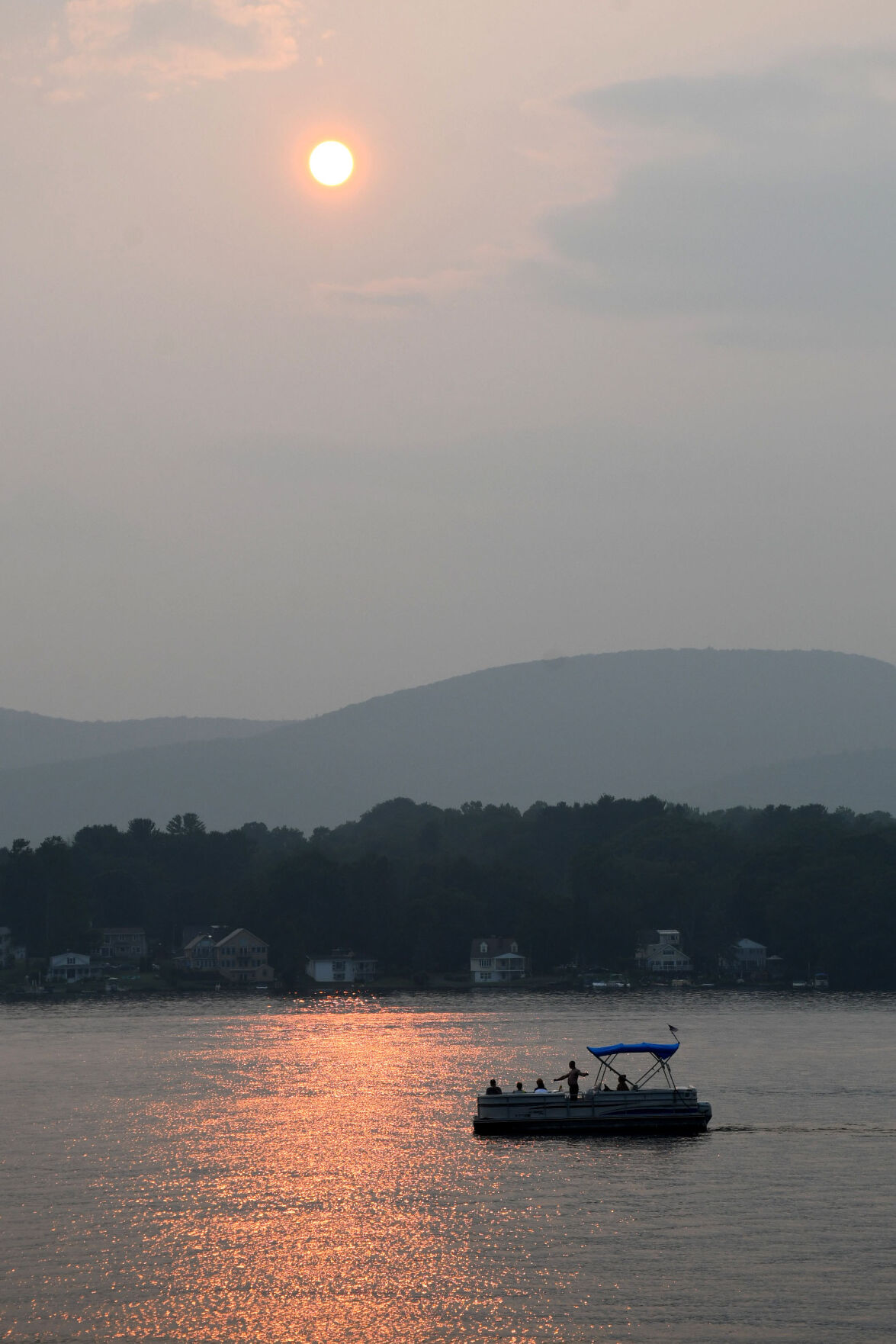 People enjoy the water of Laurel Lake at the Lenox Town Beach on Tuesday. The beach is open daily from 8 a.m. to 8 p.m. until Labor Day weekend. Lifeguards are on duty from 10 a.m. to 8 p.m.

At least we enjoyed a mostly pleasant weekend, except for the steady rain that washed out Sunday morning for outdoor activities.

With August almost upon us, it’s tempting to sum up the season in much of the world as apocalyptic or, at the very least, extreme.

• Record or near-record heat here in the Northeast last month, while the Pacific Northwest and into parts of California remained trapped under a heat dome and an ever-worsening drought.

The result there: nearly 90 major wildfires with 1.5 million acres burned across 13 states, according to the National Interagency Fire Center, plus devastation in parts of British Columbia, Canada, where at least 600 lives were lost and an entire town was wiped out.

• Heat and rapid ice melt in Arctic regions from Siberia into northern Canada, Greenland and Scandinavia, torching 100-year records and choking residents in far northern Russia with toxic smoke from wildfires after days above 90 above the Arctic Circle.

• Devastating floods in western Germany and Belgium, with nearly 200 killed, and in central China, where at least 65 deaths were reported.

Here in the Berkshires, unofficial rainfall totals so far this month have ranged from about 10 inches in Great Barrington to upward of 11 inches in North Adams and nearby towns, and more than 13 inches in Pittsfield, Lenox and adjacent central county communities. Overall, especially if you add the 1.5 inches on June 29-30, we’ve had close to quadruple the average amount of rainfall for early summer.

Berkshire farmers are suffering from damaged crops and lost revenue.

The week ahead looks better, thanks to fair-weather high-pressure systems overhead at the beginning and the end of the week, at least some sunshine every day, and no total washouts in sight, although Thursday should be showery.

Next weekend looks like the nicest of the summer so far, if the forecast works out. Temperatures will remain at or below season averages as we close out the typically warmest three weeks of the year.

For the first week of August, the outlook from the government’s Climate Prediction Center calls for below-normal temperatures continuing, rainfall below average at first, then above average as the month progresses.

The wild weather outbreaks scattered across the world have climate researchers poring over charts and satellite data.

“This is evidence of climate change and of natural variability, and this is evidence of the fact that the two can line up and give you even larger extremes,” said Peter Huybers, a professor of earth and planetary sciences at Harvard University.

“We are absolutely seeing the face of climate change in these extremes,” said Jennifer Francis, a Woodwell Climate Research Center senior scientist at Woods Hole in Falmouth. “Everybody is feeling it one way or another, whether or not the extreme event is in their own backyard. It’s just everywhere you look.”

Action to slow climate change is all the more urgent, she added.

“As awful as these events are, they are helping people to realize that they’re being affected by climate change today,” Francis said. “This is not a global warming story of the gradual warming of the planet, on average. This is the much more personal impact of climate change.”

The developing consensus focuses on how the Arctic heat weakened the jet stream that steers weather systems. Lack of wind leads to stagnant air, so, heat waves linger and drenching rains persist day after day.

“The atmosphere can hold 4 percent more water for every 1 degree of warming,” said Michael Rawlins of the Climate System Research Center at the University of Massachusetts-Amherst.

The heat goes on for the northern and southern plains and the lower Mississippi Valley this week, while the Southwest’s monsoon season unleashes heavy rain for that region until midweek, as well as for the Central and Southern Rockies. Some of that hot air should seep into California by next weekend, though sparing the immediate coast.

The chances for heaviest rain extend from the Midwest/Great Lakes region through the northern mid-Atlantic states by midweek, then into the Carolinas next weekend.

For South Florida, highs from 80 to 85, and daily thundershowers, are likely all week, while the Gulf Coast from Tampa-St. Petersburg down to Naples will be hot, in the low 90s, under mostly sunny skies, except for scattered showers and thunderstorms.

The National Hurricane Center continues to monitor potential tropical storm formation over the Atlantic Ocean off northern Florida. If it develops, an unusual track is expected as the storm drifts westward across the Peninsula to the Gulf Coast around midweek.

Information from The Boston Globe was included in this report.

Tuesday: Sunny, then a 50/50 chance of thundershowers in the afternoon; high about 80; mostly cloudy, possible showers at night; low about 60.

An early look at the extended forecast for next weekend at popular vacation destinations in the Northeast:

That smoky haze you see over the Berkshires? Get used to it, researchers say

Pollution caused by smoke from wildfires in the western U.S. and Canada reached unhealthy levels this week in communities as far east as the Berkshires, Boston and most of New England.