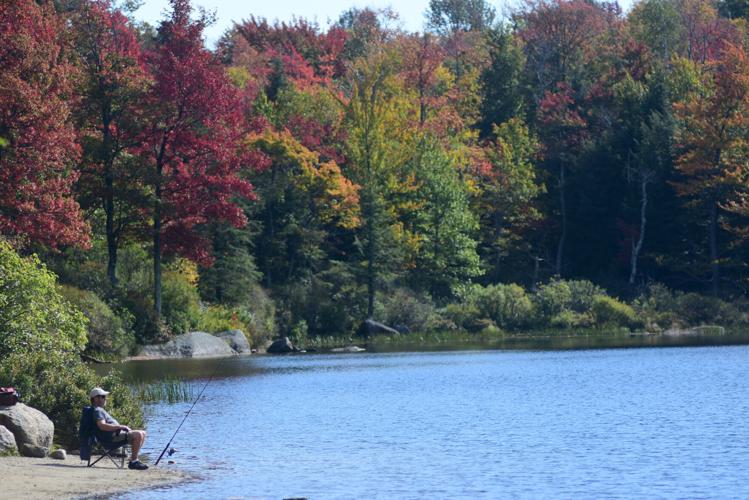 A man fishes along the banks of North Pond at Savoy Mountain State Forest in Florida in late September 2019. After a perfect Sunday, nature’s good graces should favor us until midweek, which will mark the arrival of the autumn solstice — at 3:22 p.m. Wednesday. 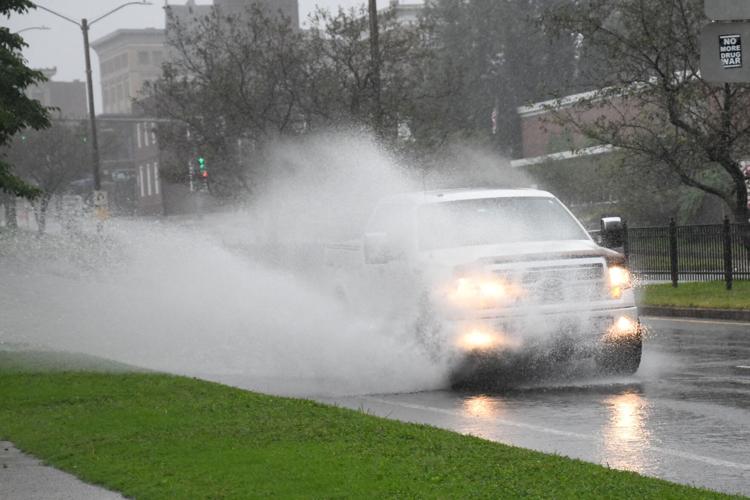 A driver passes through a puddle in August in Pittsfield. As of Sunday, 41 inches of rain has been recorded in Pittsfield. That equals an entire year’s average rainfall for Berkshire County, with more than three months to go. 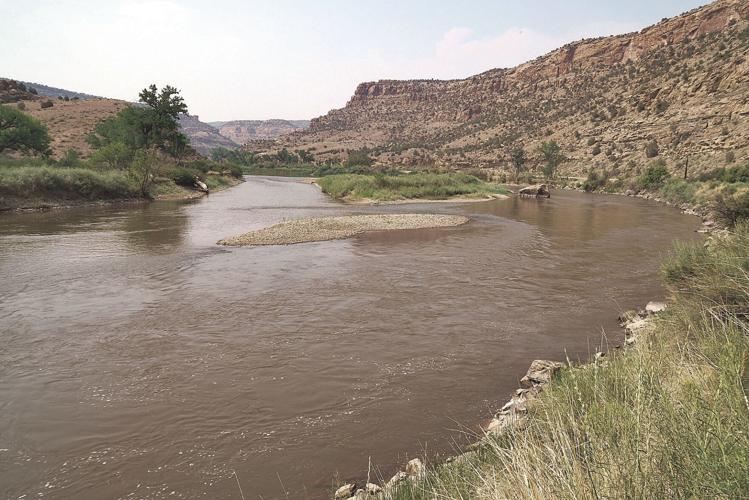 The Colorado River flows northeast of Palisade, Colo., in July. The drought’s devastating effects across the West has prompted the federal Bureau of Reclamation to declare its first-ever water shortage on the river.

For the first time this summer, and the last since autumn begins Wednesday, Berkshire denizens and guests are enjoying an uninterrupted three-day stretch of brilliant sunshine and starry evening skies. After a perfect Sunday, nature’s good graces should favor us until midweek.

Temperatures are likely to be near normal for the first half of the week, with highs around 70 and overnight lows from 50 to 55.

Tuesday: Mostly sunny, near 70; mostly cloudy at night, around 55.

Wednesday: Mostly cloudy, around 70; chance of showers at night, near 60.

From midweek into next weekend, there is greater-than-usual uncertainty in the forecast, according to the National Weather Service team in Albany, N.Y. On Wednesday, clouds and some moisture are expected to move in on southeasterly winds off the Atlantic.

Although it’s likely that rain holds off until Thursday, temperatures should be somewhat cooler, coinciding with the arrival of the autumn solstice at 3:22 p.m. Wednesday.

The leading edge of colder air moving in late Thursday could trigger isolated thunderstorms and a possibility of some heavy rain. Next weekend looks typical for late September in the Berkshires, with cooler air and generally sunny skies.

As of Sunday, 41 inches of rain has been recorded in Pittsfield. That equals an entire year’s average rainfall for Berkshire County, with more than three months to go.

The long-range outlook into early October from the Climate Prediction Center indicates temperatures and rainfall near normal for the two-week period in western New England.

An early look at next weekend’s forecast for popular destinations in the Northeast:

White Mountains: Partly cloudy all weekend, no rain, 60 to 65.

The week begins with stormy weather across the Plains and Midwest, heavy rain with potential flash flooding from the mid-South into the Southeast (from remnants of Tropical Storm Nicholas), and critical fire weather conditions for parts of Northern California.

Below-normal temperatures and showers will be spreading from the Pacific Northwest into the northern Rockies before pushing into the upper Midwest by midweek.

A zone of moderate to heavy rainfall looks likely from the Ohio Valley into the Northeast from Wednesday into early Friday, with potential 1- to 3-inch rainfall totals. There might be some strong thunderstorms as well, but the overall severe potential appears limited for now.

It will be pleasantly cool across the Midwest and the Ohio Valley for the middle of the week, then into the Northeast for next weekend. A warmup is likely across much of the western U.S. late this week, while temperatures hover close to seasonal averages for the eastern half of the nation during the same time period.

Southern Florida and the state’s Gulf Coast should be partly sunny through the week, with daily chances of thunderstorms, as highs reach the mid- to upper 80s and nighttime lows settle into the high 70s.

The Carolinas will be mostly cloudy, with plenty of showers and thunderstorms until Wednesday, followed by clearing skies and pleasantly warm temperatures heading into next weekend.

Highlights of the fall outlook from climate scientists at the National Oceanic and Atmospheric Administration:

“Autumn is a second spring when every leaf is a flower.”

• The summer’s blistering heat that intensified the severe drought across the West is forecast to continue into the beginning of fall. But, much of the East will have above-average rainfall in October.

Those wet conditions are expected to extend into the late fall and early winter, along with cooler-than-normal temperatures. La Niña, a term describing sea-surface temperatures that fall below normal in the equatorial Pacific Ocean, usually bringing increased rain, is expected to develop by late autumn.

• Five states had their warmest June through August in 127 years of record-keeping — California, Idaho, Nevada, Oregon and Utah. Not coincidentally, California and Oregon suffered some of the largest fires in their history as the high temperatures contributed to extra-dry soils and vegetation.

• The October forecast for above-average temperatures in much of the nation notes that only the Pacific Northwest and the Gulf states are likely to be near normal. That means the withering drought from the West Coast through the Southwest, the Rockies, the northern Plains and into central Minnesota likely will expand eastward into eastern New Mexico, eastern Colorado, and nearly all of Texas, Oklahoma and Nebraska.

• The drought’s devastating effects across the West include sharply reduced water allotments in California’s Central Valley, forcing some farmers to fallow fields or otherwise reduce production.

The federal Bureau of Reclamation declared its first-ever water shortage on the Colorado River. And with little feed for their cattle, ranchers in the northern Plains have been forced to sell off parts of their herds.

• Average temperatures for the three months from June through August were tied with 1936 — during the Dust Bowl — for the highest on record for the continental U.S., according to NOAA’s National Centers for Environmental Information.

• The United Nations warned Friday that, based on the most recent action plans submitted by 191 countries to curb greenhouse gas emissions, the planet is on track to heat up by nearly 5 degrees Fahrenheit by the end of the century, compared with the late 1800s. That’s far above what world leaders have said is the acceptable upper limit of global warming.

Even a more moderate increase would mean millions of people losing their homes to rising seas, vast sections of permafrost lost and extinction for scores of animal species, the report states.

Material from the Washington Post, Weather.com and the New York Times was included in the climate update.

The outlook is today's look ahead at the week's weather, its impact on the Berkshires and beyond. Clarence Fanto can be reached at cfanto@yahoo.com.