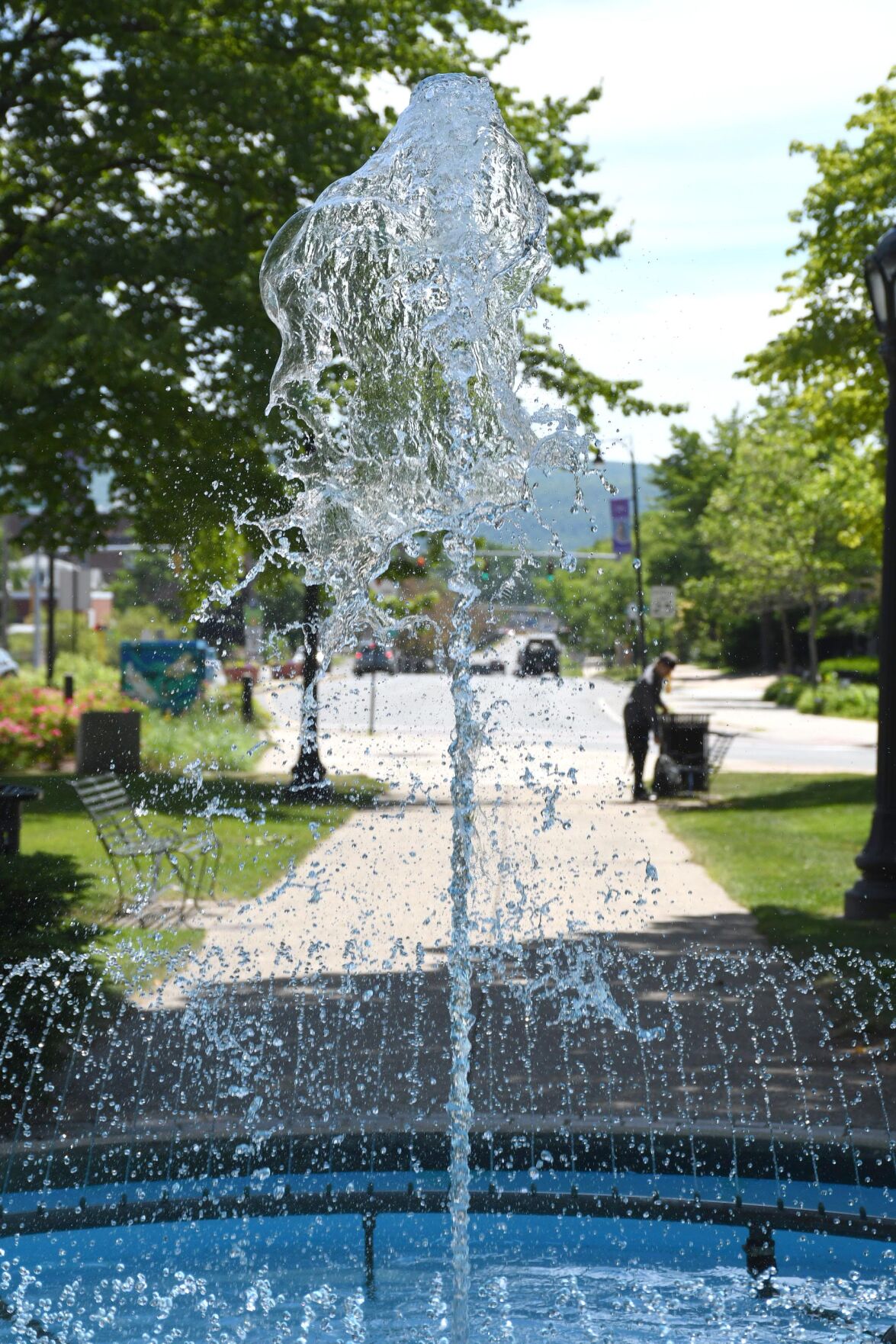 The water in the fountain at Park Square in Pittsfield on Sunday. The thermometer may soar on Tuesday, but the middle of the week should bring about early summer weather with low humidity. 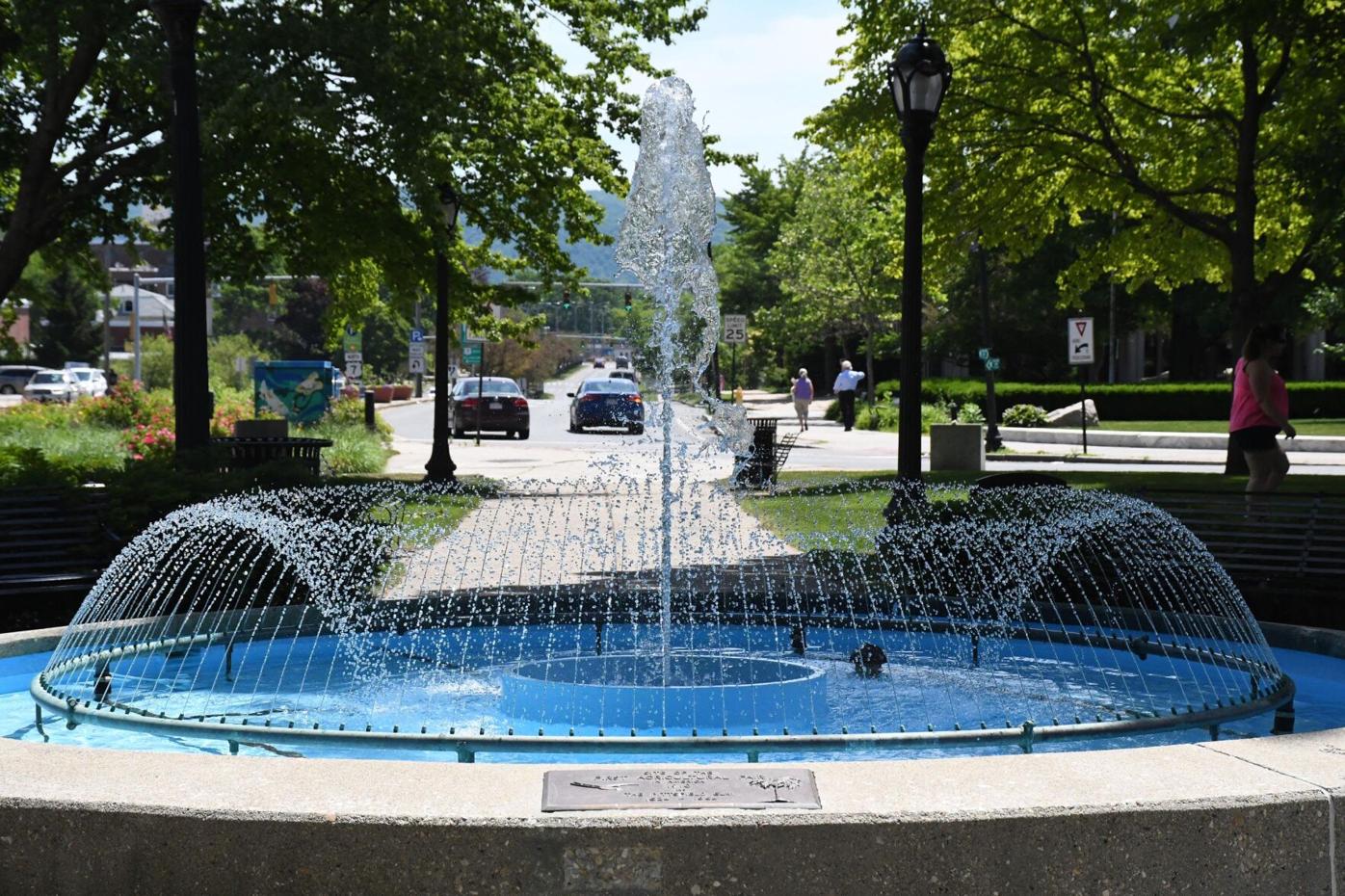 The water in the fountain at Park Square in PIttsfield on Sunday. The thermometer will pop up nearly 90 degrees on Tuesday, but the rest of the week should bring early summer temperatures to the region. 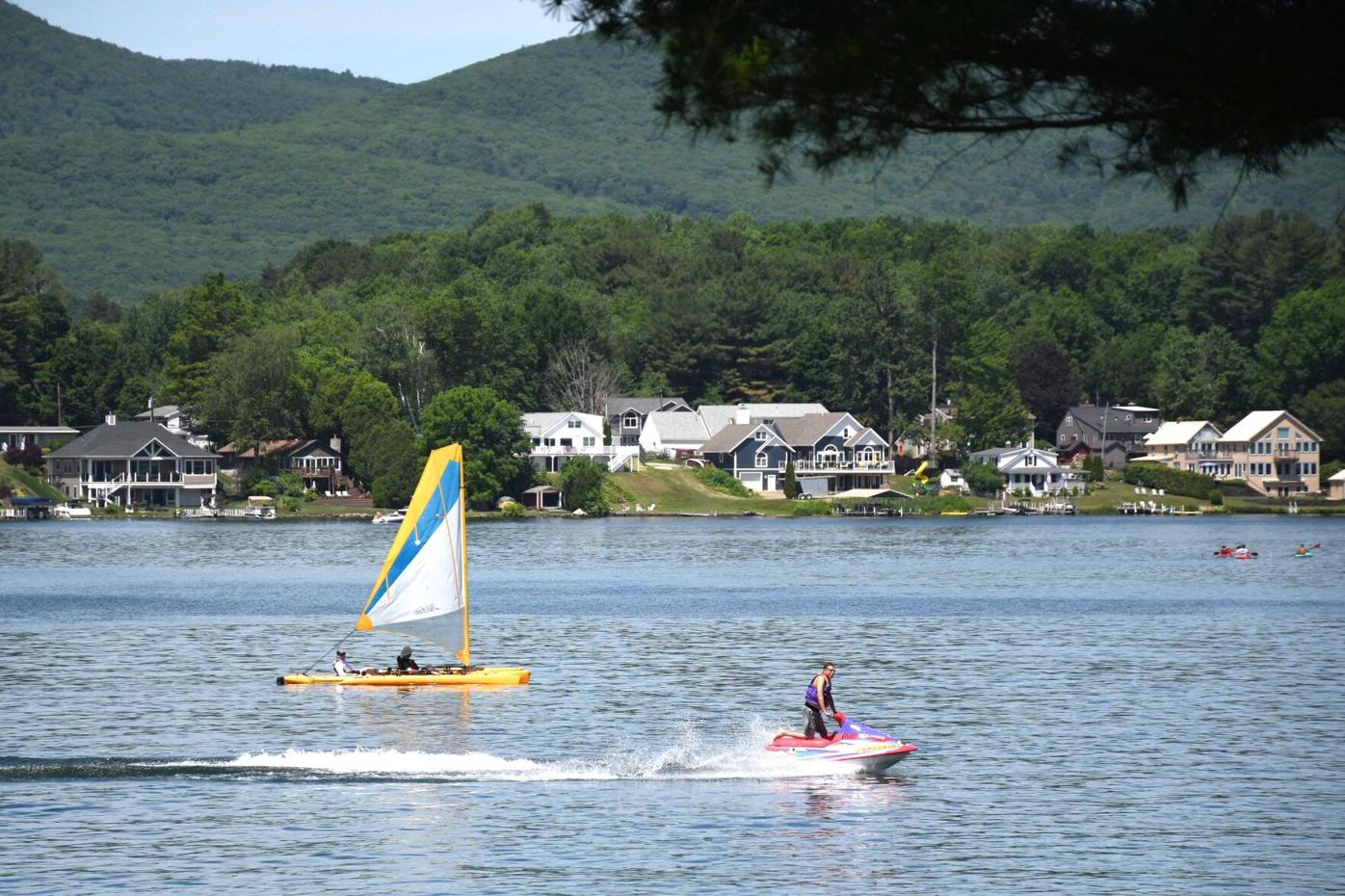 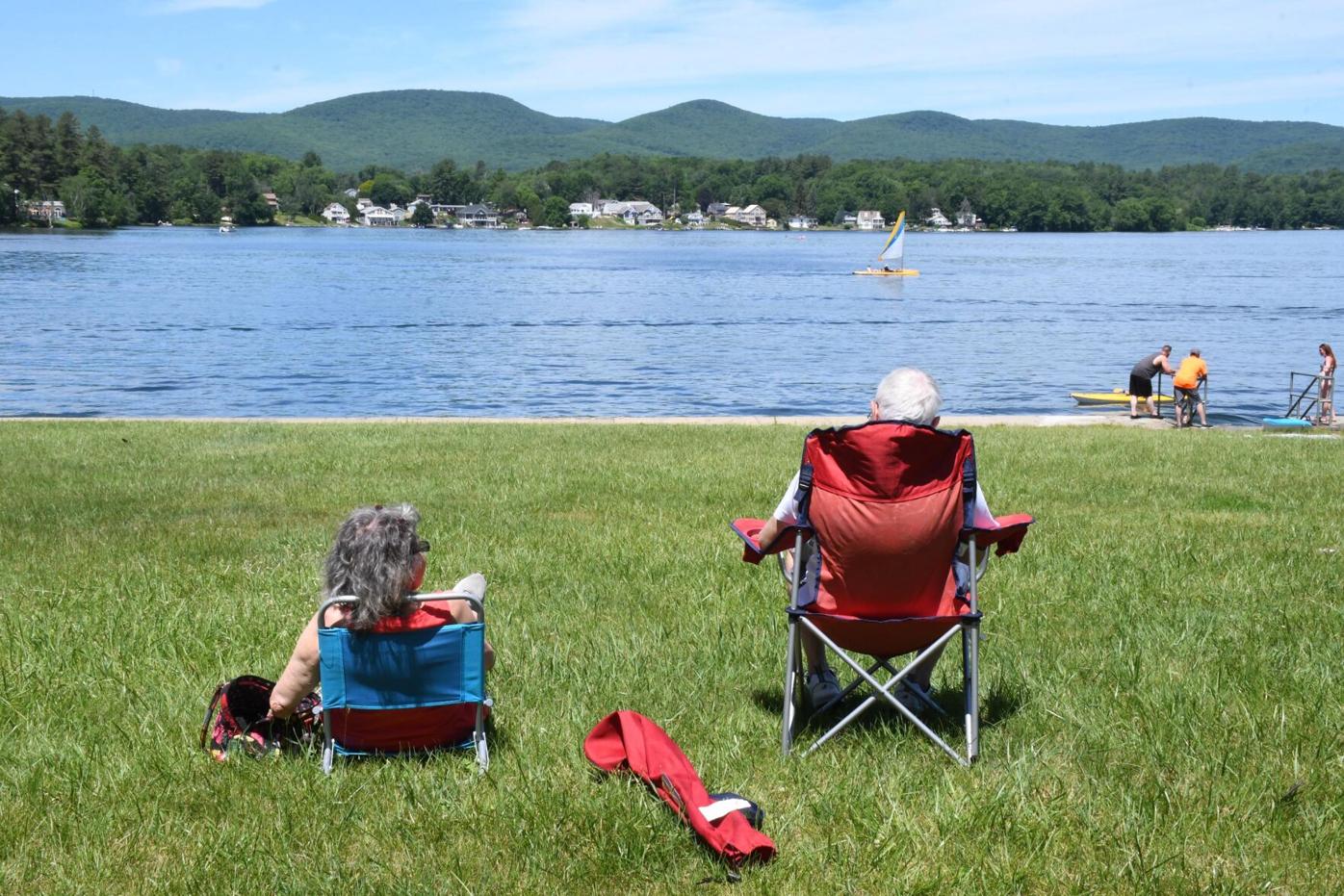 This couple enjoy sitting at Pontoosuc Lake in Pittsfield on Sunday morning.

The water in the fountain at Park Square in Pittsfield on Sunday. The thermometer may soar on Tuesday, but the middle of the week should bring about early summer weather with low humidity.

The water in the fountain at Park Square in PIttsfield on Sunday. The thermometer will pop up nearly 90 degrees on Tuesday, but the rest of the week should bring early summer temperatures to the region.

This couple enjoy sitting at Pontoosuc Lake in Pittsfield on Sunday morning.

“At midnight, in the month of June, I stand beneath the mystic moon.”

If you missed doing the happy dance to welcome the summer solstice at 11:32 p.m. on Sunday, revel in a one-day hot spell with tropical humidity on Monday, dampened by the threat of strong and possibly severe thunderstorms in the afternoon or at night.

At this time of year, first light with birdsong is around 4:30 — some of us are usually up to see and hear it — while dusk lingers until 9:15 or so, no flashlight needed for dog-walking or a dip in the lake.

The government’s Storm Prediction Center notes a marginal risk of intense thunderstorms with damaging winds, large hail and potentially heavy rainfall in western New England from late afternoon through the evening on Monday. Keep an eye on your weather apps.

Monday: Mostly sunny, a slight chance of afternoon showers, thunderstorms, near 90. Cloudy, showers at night, near 60.

The thermometer may soar to 90 on Tuesday, especially in lower-lying valleys, and another round of thundershowers is likely around midday as the leading edge of cooler air sweeps through the Berkshires, ending the brief hot spell with highs confined to the low- to mid-70s, dropping to around 50 by dawn on Wednesday as skies clear.

Forecasters at the National Weather Service in Albany predict a beautiful stretch of early summer weather from Wednesday through Friday, with comfortable daytime highs in the 70s, overnight lows around 50 to 55, low humidity, and hardly any clouds in the sky.

By next weekend, warmer and more humid air will spread into the area, with just a slight chance of showers Saturday, and a somewhat higher likelihood on Sunday.

Still, the extended forecast, subject to change, indicates a fairly decent final weekend of June, not only in the Berkshires but also in getaway destinations such as the Adirondacks, the Green and White Mountains and the coastline from Rhode Island and Massachusetts into New Hampshire and as far north as Acadia National Park on Mount Desert Island in Down East Maine.

Heading toward the July 4 weekend, the long-range outlook points to temperatures and rainfall slightly above normal for New England.

Now that Tropical Depression Claudette has moved off the North Carolina coast and is expected to regain tropical storm intensity over the ocean, heavy rain is still expected in the Southeast on Monday. Flash floods and some severe storms are likely in the same region. After dumping up to 12 inches of rain along the Mississippi coast over the weekend, the storm claimed at least 12 lives in Alabama.

The long-duration heat wave continues to hold portions of the Southwest region in a tight grip, while broadening into the Northwest on Monday. Excessive heat warnings and advisories remain in effect throughout much of the Southwest, California and the Great Basin.

The combination of record heat and exceptional drought is also leading to fire weather concerns throughout the Central and Southern Rockies into New Mexico and Arizona. Red flag warnings for wildfires are up for parts of Utah and western Colorado.

Later in the week, the heat will become even more intense, approaching record highs in the interior western and Pacific Northwest states, with temperatures 15 to 25 degrees or more above normal in Washington and Oregon by the weekend. Only the Pacific coastline will be spared, thanks to ocean breezes.

The hot spell will envelop the Plains by next weekend. Rainfall will be absent throughout the region as the exceptional drought continues from the Rockies through the Southwest and to the Pacific coast.

Showers and storms will significantly increase in coverage and intensity later this week over the Upper Midwest/Corn Belt through the mid-Mississippi and Ohio Valleys. Florida will see mixed clouds and sun, plenty of showers Wednesday to Friday, drying out next weekend, with seasonable temperatures well up in the 80s.